Here’s what you need to know:

Aiming to steer more federal aid to the smallest and most vulnerable businesses, the Biden administration is altering the Paycheck Protection Program’s rules, increasing the amount sole proprietors are eligible to receive and imposing a 14-day freeze on loans to companies with 20 or more employees.

The freeze will take effect on Wednesday, the Small Business Administration planned to announce on Monday. In December’s economic relief package, Congress allocated $284 billion to restart the aid program. Banks and other financiers, which make the government-backed loans, have disbursed $134 billion to 1.8 million businesses since lending resumed last month. The money is intended to be forgiven if recipients comply with the program’s rules.

Companies with up to 500 workers are generally eligible for the loans, although second-draw loans — available to those whose sales dropped 25 percent or more in at least one quarter since the coronavirus pandemic began — are limited to companies with 300 or fewer employees. The 14-day moratorium is intended to focus lenders’ attention on the tiniest businesses, according to administration officials, who spoke to reporters at a news briefing on Sunday on the condition that they not be named.

Most small businesses are solo ventures, employing just the owner. For such companies, including sole proprietorships and independent contractors, one major impediment to getting relief money was a program rule that based their loan size on the annual profit they reported on their taxes. That made unprofitable businesses ineligible for aid, and left thousands of applicants with tiny loans — some as small as $1.

The new formula, which Small Business Administration officials said would be released soon, will focus instead on gross income. That calculation, which is done before many expenses are deducted, will let unprofitable businesses qualify for loans.

The agency is also changing several other program rules to expand eligibility. Those with recent felony convictions not tied to fraud will now be able to apply, as will those who are delinquent or in default on federal student loan debt. The agency also updated its guidance to clarify that business owners who are not United States citizens but lawful residents are eligible for loans.

The U.S. economy remains mired in a pandemic winter of shuttered storefronts, high unemployment and sluggish job growth. But on Wall Street and in Washington, attention is shifting to an intriguing if indistinct prospect: a post-Covid boom.

In recent weeks, economists have begun to talk of a supercharged rebound that brings down unemployment, drives up wages and may foster years of stronger growth, Ben Casselman reports for The Times.

There are hints that the economy has turned a corner: Retail sales jumped last month. New unemployment claims have declined from early January, though they remain high. Measures of business investment have picked up.

Economists surveyed by the Federal Reserve Bank of Philadelphia this month predicted that U.S. output will increase 4.5 percent this year, which would make it the best year since 1999. Economists at Goldman Sachs forecast that the economy will grow 6.8 percent this year and that the unemployment rate will drop to 4.1 percent by December, a level that took eight years to achieve after the last recession.

The growing optimism stems from several factors. Coronavirus cases are falling. The vaccine rollout is gaining steam. And largely because of trillions of dollars in federal help, the economy appears to have made it through last year with less structural damage — in the form of business failures, home foreclosures and personal bankruptcies — than many people feared last spring.

Lastly, consumers are sitting on a trillion-dollar mountain of cash, a result of months of lockdown-induced saving and successive rounds of stimulus payments.

“There will be this big boom as pent-up demand comes through and the economy is opening,” said Ellen Zentner, chief U.S. economist for Morgan Stanley. “There is an awful lot of buying power that we’ve transferred to households to fuel that pent-up demand.”

McKinsey & Company has become a magnet for controversy in France after the public learned of millions of euros worth of contracts to help plan vaccine distribution that has been derided for being far too slow, Liz Alderman reports for The New York Times.

The contracts — totaling 11 million euros ($13.3 million), of which €4 million went to McKinsey — were confirmed by a parliamentary committee last week. The government of President Emmanuel Macron, which has been under fire for months for stumbling in its handling of the pandemic, was forced to admit it had turned to outside consulting firms for help managing the response.

called for McKinsey to help define distribution routes for the Pfizer and Moderna vaccines, which must be kept as cold as minus 80 degrees Celsius during transport and storage. The company would benchmark France’s performance against other European countries. McKinsey experts would also help coordinate a vaccination task force comprising officials from numerous agencies, with some decision chains involving up to 50 authorities.

In early January, France had vaccinated only “several thousand people,” according to the health minister, compared with 230,000 in Germany and more than 110,000 in Italy.

Other contracts provided for Accenture, the global information technology consultancy, to roll out the campaign’s monitoring systems, and for two French consultancies, Citwell and ILL, to help with “logistical support and vaccine distribution.”

The government’s strategy focused on delivering the vaccines to 1,000 distribution points in France, from which the doses would be sent in supercooled trucks to nursing homes, clinics and local mayors’ offices. In Germany, the program was simpler: Authorities decided to administer the vaccine in 400 regional centers.

By the first week of January, France had one million vaccine doses in hand, but the delay in getting them into peoples’ arms was becoming public knowledge. The pace has recently picked up. But with 4.7 doses administered per 100 people, according to a New York Times database, France still trails neighbors like Germany and Italy.

A slew of venture-backed companies envision a world where we sit down for dinner and brag that no animals were harmed in the production of this carbon-neutral porterhouse steak. They want to Impossible Burger our entire diet.

It’s beginning to work. Consumer sales of the increasingly impressive simulacra of meat, eggs and dairy products grew 24 percent from 2015 to 2020, according to the market research company NPD Group — and 89 percent of those buyers are not vegetarians.

Joel Stein wanted to see just how realistic the lab-to-table future could be, so he threw a dinner party filled with bleeding-edge products that don’t bleed. The carefully chosen guest list consisted of his wife and their 11-year-old son.

Opinion | What Would a $15 Minimal Wage Do to Small Companies?

F.B.I. Mentioned to Have Singled Out Suspect in Brian Sicknick’s Demise

Opinion | Why Are Elon Musk and Jeff Bezos So Desirous about House?

Opinion | What Would a $15 Minimal Wage Do to Small Companies?

F.B.I. Mentioned to Have Singled Out Suspect in Brian Sicknick’s Demise

Opinion | Why Are Elon Musk and Jeff Bezos So Desirous about House?

?The former guy?: Biden and his aides work to ignore Trump ? but it won't be easy 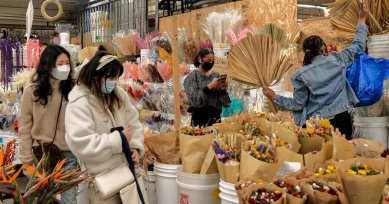 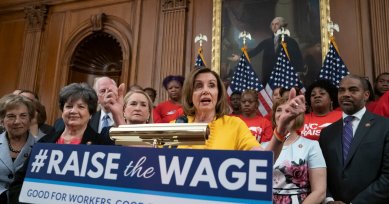 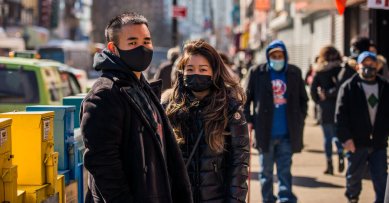 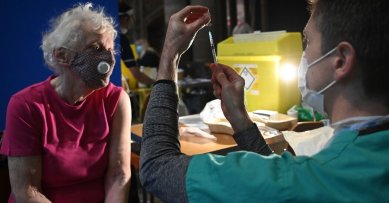 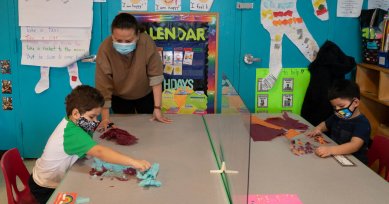