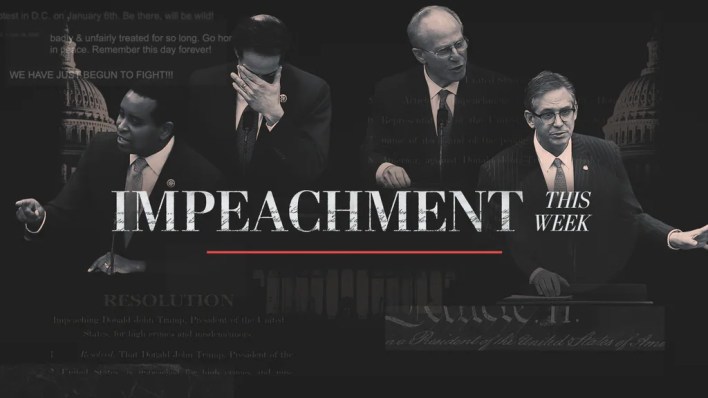 “There’s no way to say it other than they dodged,” White House press secretary Kayleigh McEnany said after the Supreme Court dismissed a case in December. “They dodged, they hid behind procedure, and they refused to use their authority to enforce the Constitution.”

On Saturday, Trump was acquitted at his second impeachment trial largely — if not completely — on a technicality: the argument that the trial itself was unconstitutional.

The vote, while an acquittal, represented a historic rebuke. Seven GOP senators voted to convict (previously, only one senator from a president’s party had ever voted to convict) making the final vote 57 to 43. That meant Trump was 10 votes from the 67 that would have resulted in his conviction.

That’s still a long way away. But if you look closely at what the 43 Republicans who voted to acquit said about it, it seems possible thatm, but for the unconstitutionality claims, Trump might have come quite a bit closer to losing on the merits.

At least five Republican senators suggested that Trump was indeed culpable for the Capitol riots, while voting to acquit him on constitutional grounds:

Not all of these statements directly suggest a vote to convict but for the constitutional question. Republicans have often drawn a line between criticizing Trump for his actions — even quite strongly — and saying he technically incited the mob that stormed the Capitol on Jan. 6.

But relatively few Republicans have actually vouched or defended Trump’s conduct. Some put out statements that didn’t address the substance of the case at all, focusing instead solely on process issues or constitutionality. (This despite many legal experts saying that, since the Senate had voted affirmatively that it had jurisdiction, they had a duty to decide the case on the merits). Others faulted Trump less harshly than the above.

Sen. James Lankford (R-Okla.) said in a brief statement, “I cannot support removing someone from office who is not in office. An impeachment trial after someone has left office is unconstitutional.” The statement then contained background on the legal underpinnings of his decision. It made no mention of Trump’s conduct.

Sen. Tom Cotton (R-Ark.) suggested additional evidence was needed and criticized Democrats for not pursuing it. He added, “It was ill-advised to have a large rally on the day that Congress was meeting to certify electors after so much contentious litigation and controversy about the election results.”

Sen. Charles E. Grassley (R-Iowa) echoed Cotton in saying the evidence as presented was insufficient, but he faulted Trump: “And even if we assume he has been, the House Managers still did not prove that he committed incitement to insurrection, the specific crime of which he stands accused. This does not excuse President Trump’s conduct on and around January 6 of this year.”

Sen. Kevin Cramer (R-N.D.) went further than most in saying explicitly that Trump’s offenses weren’t worthy of conviction, but he, too, faulted Trump for “reckless” rhetoric.

“The Jan. 6 attacks on the Capitol were appalling, and President Trump’s remarks were reckless, but based on the evidence presented in the trial, he did not commit an impeachable offense,” Cramer said. “Therefore, I voted to acquit former president Trump.”

That kind of statement — directly saying Trump was not guilty on the merits — was pretty rare, though. And even in it, Cramer seemed to allow for the idea that additional information might be more incriminating.

It doesn’t necessarily mean that 67 Republicans would have voted to convict if he were still president (and perhaps if the trial had been more robust). If that threshold had ever been in play, Republicans would have felt more pressure to fall in line. But their statements suggest those votes might well have crept into the 60s.

Some might even argue that they dodged, they hid behind procedure, and they refused to use their authority to enforce the Constitution.