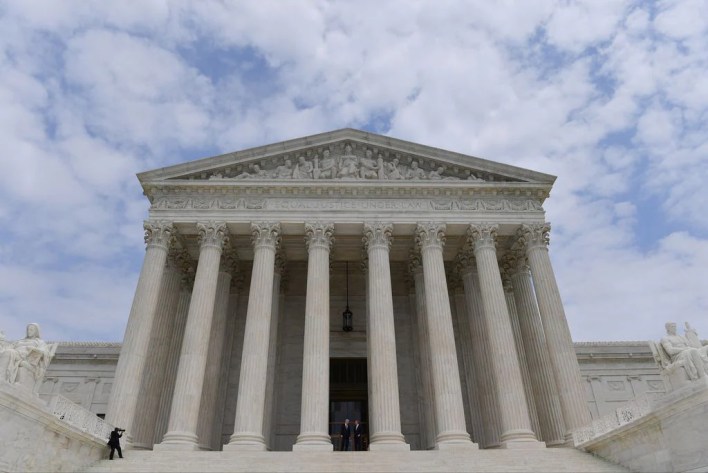 But they said it raised important issues about the role of state courts and authorities to alter voting procedures set by the legislature.

“A decision in these cases would not have any implications regarding the 2020 election,”
Alito wrote. “But a decision would provide invaluable guidance for future elections.”

But it takes the votes of four justices to accept a case for review. Although changing election rules because of the pandemic has been a theme of Republican challenges in the wake of Trump’s defeat, the rest of the conservative majority was silent.

Neither Chief Justice John G. Roberts Jr. nor two of the three justices nominated by Trump signed on to dissents from Thomas and Alito. Besides Gorsuch, Trump chose Justices Brett M. Kavanaugh and Amy Coney Barrett.

The Supreme Court has uniformly rejected challenges to the election results.

On Dec. 11, it dismissed a bid by Trump and the state of Texas to overturn the results in those four battleground states won by Biden, blocking the president’s legal path to reverse his reelection loss.

The court’s unsigned order was short, and it denied Texas’s request to sue the states over how they conducted their elections. Texas has not shown it has a legal interest “in the manner in which another state conducts its elections,” the order said. It dismissed all pending motions about the case.

While Roberts has drawn the ire of the right for the rejection, no justice on the court said they would have granted Texas the remedy it sought, which was to disallow the electors certified by the states.

Alito and Thomas said they did not think the court had the authority to simply reject a state’s filing and not consider the issue, but both said they were not prepared to grant the relief that Texas sought.

Earlier that week, the court without noted dissent had rejected a similar request from Republicans in Pennsylvania. Conservatives hold a ­6-to-3 majority on the court, and Trump has nominated three of the justices.

After the decisions, he said the Supreme Court “really let us down” and has expanded his criticism of the justices since then. She & Artist Ryder Ripps Are Getting Married – Hollywood Life