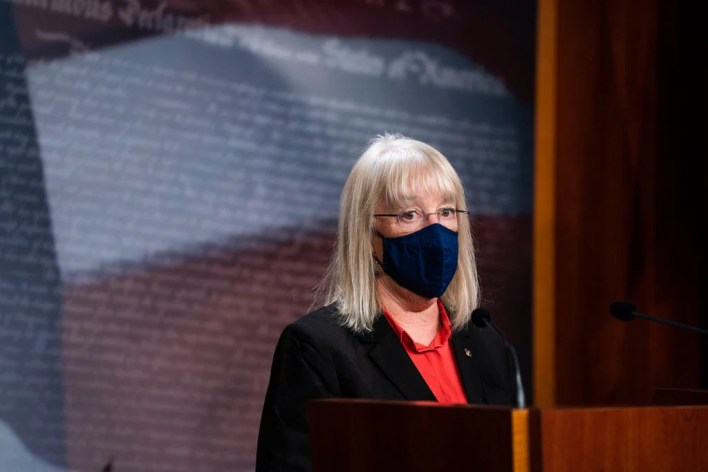 Murray was preparing for a debate on certifying Joe Biden’s victory in the 2020 presidential election. Her husband of 49 years, Rob Murray, was with her in the Capitol. She texted her family that she was safe. Then chaos broke loose.

“We saw them there in one of these rooms, and they were pounding on our door and trying to open it. And my husband sat with his foot against the door, praying that it would not break in. I was not safe. It was a horrific feeling, and it lasted for a long time.”

Murray was crawling on the floor, trying to locate a gas mask, hoping she had locked the door her husband was guarding, she recalled. Many lawmakers have spoken out about their harrowing experiences and close encounters on Jan. 6, as a pro-Trump mob stormed the Capitol in a bid to stop Biden’s victory from becoming official.

Rep. Alexandria Ocasio-Cortez (D-N.Y.) has said she had a “very close encounter where I thought I was going to die,” though she did not get into specifics for security reasons. Video first shown during former president Donald Trump’s impeachment trial showed how Sen. Mitt Romney (R-Utah) was feet away from the mob when Capitol Police Officer Eugene Goodman ran into him and turned him away to safety.

Murray, who was first elected in 1992 and is now the No. 3 Democrat in Senate leadership, said she was torn about speaking publicly about the fear she felt because she didn’t want the insurrectionists “to ever feel that they had instilled fear in me that kept me from doing what I needed to do.”

But in the end, she said, democracy is at stake.