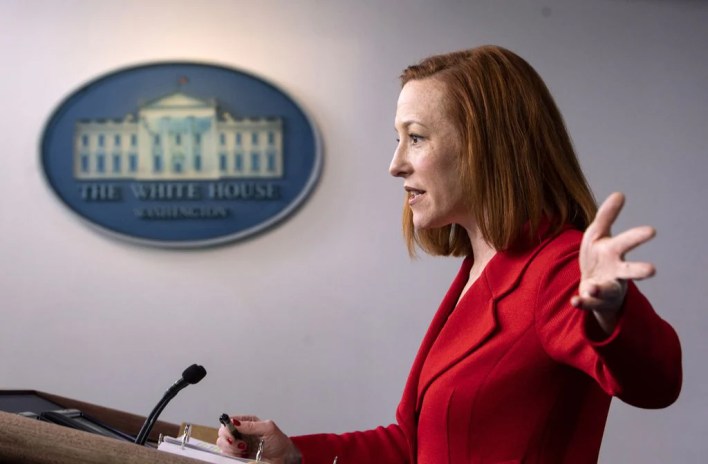 “Historically, the United States, through Democratic and Republican presidents, has not typically sanctioned government leaders of countries where we have diplomatic relations.”

Words make a difference, both in fact-checking and in diplomacy.

Notice the subtle difference in Psaki’s phrasing? Speaking on live television, Psaki leaned a bit too far on her skis and made a statement that was inaccurate. So, the next day, she pulled it back a bit and added a word, “typically,” that gave her a lot of wiggle room.

Psaki told The Fact Checker this was an acknowledgment that her statement on Sunday was not correct. Let’s explore.

At issue is the Biden administration’s decision not to impose sanctions on Crown Prince Mohammed bin Salman, the de facto ruler of Saudi Arabia, even after the release of a U.S. intelligence report that concluded Mohammed approved of the operation that led to the killing of Washington Post contributing columnist Jamal Khashoggi.

On CNN, Psaki suggested the United States as a matter of practice does not sanction government leaders, “even where we don’t have government relations.”

It seemed like a strange get-out-of-sanction-jail card for leaders, even in the rare instance when the United States does not have diplomatic relations. Foreign-policy experts quickly noted that Psaki was wrong.

So, in her cleanup the next day, Psaki dropped the reference to countries not having diplomatic relations and slipped in the word “typically.” That word is doing a lot of work here, but it allows Psaki to suggest that it is not a regular occurrence. As you can see, it has happened about every three years.

Moreover, even if the United States had diplomatic relations with these countries, relations were fairly rocky with the leaders by the time sanctions were imposed.

That puts Saudi Arabia in a very different category than the rogues’ gallery of nations listed above. Mohammed had especially close relations with former president Donald Trump. The Biden administration is trying to recalibrate those relations; Biden has only spoken to the Saudi king, not the crown prince. Even so, the two countries have worked closely on regional issues, despite occasional tensions, since World War II.

These long-standing ties have often worked to Saudi Arabia’s advantage. When The Fact Checker covered diplomacy, we asked a Saudi diplomat in 2004 whether he was concerned by the Saudi-bashing by the Democratic presidential nominee at the time, John F. Kerry. “That happens every election cycle,” the diplomat smirked. “It ends after the new president has his first security briefing.”

Regular readers know we generally do not award Pinocchios when an error is acknowledged, especially if it is made during a live event. Psaki fell into the trap of trying to explain away a controversial policy decision by suggesting the alternative would be atypical. She cleaned up her talking point the following day, though the changes were subtle enough that it might have been lost on some listeners.

The reality is that it would have been unusual to levy sanctions on the leader of a country that has long enjoyed close relations with the United States. That was the dilemma faced by Biden, even if Mohammed’s ordering of the Khashoggi operation puts the crown prince more in league with the tyrants who run countries where diplomatic relations have frayed or are nonexistent.

Send us facts to check by filling out this form