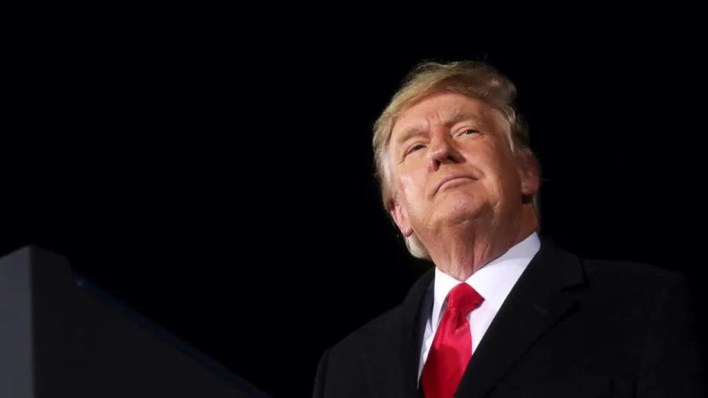 “When McCarthy finally reached the president on Jan. 6 and asked him to publicly and forcefully call off the riot, the president initially repeated the falsehood that it was antifa that had breached the Capitol,” Beutler said. “McCarthy refuted that and told the president that these were Trump supporters. That’s when, according to McCarthy, the president said, ‘Well, Kevin, I guess these people are more upset about the election than you are.’”

For more than a week, it has been reported that it was unlikely the trial would include any witnesses. It’s still not clear that it will. Witnesses are subject to votes of the Senate, and Trump’s team has threatened to call many witnesses in response. Trump lawyer Michael van der Veen angrily responded to Raskin’s call by suggesting he would need depositions of more than 100 people. He mentioned House Speaker Nancy Pelosi (D-Calif.) and Vice President Harris specifically.

But with the prospect of witnesses suddenly very real, it’s worth going through who could shed light.

Just when it appeared the trial was winding down, Beutler inserted herself. Not only did she confirm the initial report of the Trump-McCarthy call, but she put out a news release indicating she was upset that her colleagues hadn’t come forward with such details.

Van der Veen downplayed the importance of the call by claiming that what happened after the attempted insurrection started doesn’t speak to incitement. But Democrats have argued Trump’s inaction and even approval of the scenes as they unfolded speaks to the idea that this is an outcome he desired or at least was okay with.

Beutler and possibly even McCarthy testifying would seem important to that argument. But Beutler is clearly the more motivated witness and would be easier to depose since she’s not a member of leadership.

The other Trump call at issue was the one with Tuberville around the time of Trump’s tweet attacking Vice President Mike Pence. Tuberville has said and reiterated that he informed Trump that Pence had been evacuated, though it’s not clear he told Trump this before Trump’s 2:24 p.m. tweet. Sen. Mike Lee (R-Utah), who initially fielded the call from Trump and gave the phone to Tuberville, now says the call happened after Trump’s tweet.

Nailing down that timeline would seem to be crucial to the question above: What Trump knew and when. Trump’s legal team hasn’t expounded on that much, only saying Trump didn’t know Pence was in danger when he tweeted what he did. But they also wouldn’t say when Trump truly came to appreciate the danger, with van der Veen saying he doesn’t know because there hasn’t been a thorough enough investigation.

Calling Tuberville would seem to help satisfy the need to investigate that question. It would also help answer the same question involved in the Trump-McCarthy call: Whether Trump was approving of or at least indifferent to the danger.

3. The Capitol rioters who cited Trump

I’ve written about how this might be legal maneuvering as much as anything — attempting to shift blame to Trump for their own actions. But these are also Trump supporters. And just because there are competing motivations doesn’t render their claims invalid. One of them, the so-called QAnon Shaman, Jacob Chansley, has offered to testify. That might not be a great idea for Democrats, given this was the guy wearing the horns, but that still leaves others who could shed arguably the most direct light on the incitement question.

Van der Veen suggested Saturday that among his more than 100 depositions might be those people who stormed the Capitol. Again, this seems like a valid pursuit, time permitting.

4. The Trump aides involved in planning the rally

In the aftermath of the Capitol siege, the Trump campaign sought to distance itself not just from what happened there, but also from the rally that preceded it on the Ellipse near the White House. It said the campaign “did not organize, operate or finance the event” and that no aides were involved in it.

Since then, though, we’ve learned about several connections between the rally and the Trump campaign and White House, beyond just Trump’s speech:

AP reported that some of these officials locked down or deactivated their social media accounts and deleted tweets in the aftermath of the siege. Some Trump allies have sought to argue that the rally was distinct from the storming of the Capitol, which might be a valid defense, but the distancing from the Trump operation from the latter would seem to be worth exploring.

Republicans have tried to argue that Trump’s impeachment is only about his speech on Jan. 6. But the impeachment article filed against him also notes his conduct in trying to overturn the election results well before that date. Trump for many weeks promoted conspiracy theories and false claims that fed an overwhelming but baseless belief among his supporters that the election was stolen.

One person is explicitly mentioned in the article: Georgia Secretary of State Brad Raffensperger (R). Citing a report from The Washington Post’s Amy Gardner that Trump pressured Raffensperger to overturn Georgia’s narrow win for President Biden in the days before the Capitol siege, the impeachment article says:

President Trump’s conduct on January 6, 2021, followed his prior efforts to subvert and obstruct the certification of the results of the 2020 Presidential election. Those prior efforts included a phone call on January 2, 2021, during which President Trump urged the secretary of state of Georgia, Brad Raffensperger, to “find” enough votes to overturn the Georgia Presidential election results and threatened Secretary Raffensperger if he failed to do so.

Raffensperger has been very public in his comments about the baselessness of Trump’s claims. And if there’s one person who could attest to his long-running effort to feed into the conspiracy theories that motivated those who stormed the Capitol, it’s probably Raffensperger.

That might not answer the incitement question, but he is directly cited in the impeachment article, and he has been willing to speak his mind, despite his shared party affiliation with and past support for Trump — along with the fact that he has probably torpedoed his political career for his trouble.

This name might not be familiar to many people, but when it comes to the how the Jan. 6 rally became the Jan. 6 storming of the Capitol, it’s entirely relevant.

Stockton is an ally of pardoned former Trump adviser Stephen K. Bannon and a former Breitbart News employee. He told the New York Times last week that the rally at the Ellipse had been meant to stay there until the counting of the electoral college votes was completed, but that he was surprised to learn on Jan. 6 that the rally then included a march to the Capitol.

How did that happen? Pretty much anybody who could speak to the evolution of the Ellipse rally into the siege would be important.

Yes, Democrats have requested this. And no, he won’t show up. But that doesn’t mean it wouldn’t be vital. The question here, after all, is whether Trump incited his supporters. Hearing his argument about why that isn’t the case would be helpful.

Another pertinent question: What did he know and when about the Capitol riot as it was progressing? Even as news reports showed the ugly scenes, Trump doubled down on his criticisms of Vice President Mike Pence for not unilaterally trying to overturn the results of the election. His tweet on Pence, in fact, came just after reports indicated Pence had been escorted off the Senate floor for his safety. Trump also released a video hours later telling his supporters to be peaceful and to leave, but also expressing his “love” for them.

The charge is incitement, but Trump’s posture toward the scenes as they were taking place is relevant to understanding if this was an outcome he desired.

To the above question, perhaps nobody could speak to it as well as the White House chief of staff. He was with Trump as it was unfolding, as video showed. He was also in regular touch with military leaders, according to Kash Patel, the chief of staff to then-Defense Secretary Christopher Miller.

But Democrats might not want to concede the point. The fact is that even many conservative legal experts have argued that an impeachment trial of a former president is constitutional. Among them: Steven Calabresi, the co-founder of the Federalist Society, and Charles Fried, a solicitor general under President Ronald Reagan.

Democrats might not want to get bogged down in the constitutionality debate. But it’s a valid and undetermined one, and calling witnesses on that count could allow for an honest debate. As Sen. Bill Cassidy (R-La.) acknowledged this weekend, Sen. Rand Paul’s (R-Ky.) amendment that drew 45 GOP votes didn’t get much actual debate, and members like him — and perhaps Senate Minority Leader Mitch McConnell (R-Ky.) — who voted for it might not be inherently opposed to conviction.