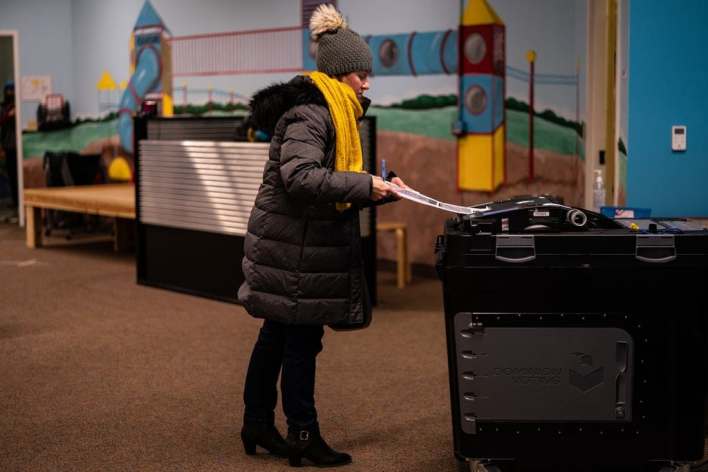 At least 20 senators, led by Amy Klobuchar (D-Minn.), asked Biden to take nearly a dozen steps to improve ballot access and address bad actors, including greater efforts to help eligible Americans to register to vote and beefed-up policing of election-related crimes by the Department of Justice, the Federal Election Commission and the Internal Revenue Service.

“In some ways, the 2020 election showed the resiliency of our democracy,” the senators wrote in a letter to be sent to Biden on Wednesday, a copy of which was obtained by The Washington Post. “Still, we saw widespread voter suppression strategies, especially targeting communities of color, and record levels of dark money spent to unduly influence voters.”

Those efforts culminated, they said, with “unprecedented attacks on the integrity of our election that culminated in the Jan. 6 attack on the Capitol. These are symptoms of ongoing and deeply rooted inequities that we must confront together.”

The White House did not immediately respond to a request for comment, but Biden has already signaled that he plans to strengthen voter protections with his nomination of Vanita Gupta, president of the Leadership Conference on Civil and Human Rights, to be associate attorney general, and Kristen Clarke, president of the Lawyers’ Committee for Civil Rights Under Law, to lead the Civil Rights Division at the Department of Justice.

The senators’ specific proposals include: expanding protections under the Voting Rights Act to curtail voter suppression by state and local governments; pushing the Justice Department and FEC to give higher priority to prosecuting voting-rights and campaign-finance violations; expanding ballot access for incarcerated voters and those with disabilities; requiring states to do more to assist with voter registration, particularly among Native Americans, naturalized citizens, veterans and the elderly; strengthening sanctions against foreign actors that interfere in U.S. elections; and reinstating disclosure requirements to the IRS for donors to nonprofits that do issue advocacy and are known as 501(c)(4)s.