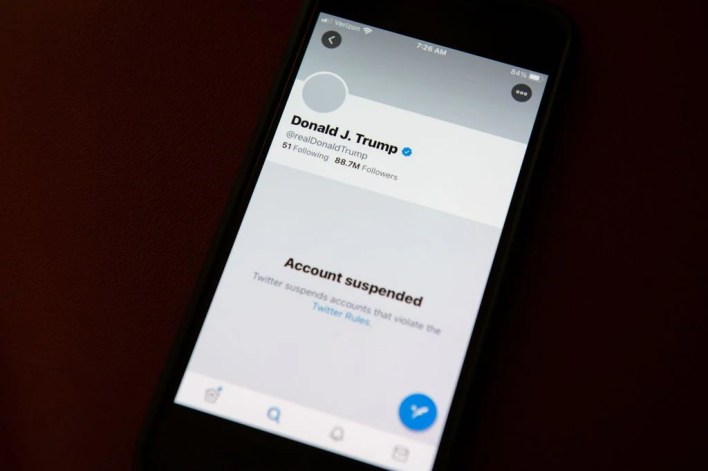 This sentiment was central to Trump’s appeal to many Republican voters. In the 2016 election, a sense that White Americans were losing out in modern society was a better predictor of support for Trump than economic disadvantages. Trump voters, more than anyone else, saw racism against Whites as a potent problem and were more likely to view Whites as victims of discrimination at rates similar to racial and ethnic minorities. Trump promised to make America great again — to wind back the clock to a time before things such as Black Lives Matter, to a time when the distributions of the rewards of American society weren’t questioned.

It’s hard to articulate this sentiment explicitly, though, particularly to a group of Americans who are at the same time hyping their profane indifference to feelings and hawking mugs to hold liberal tears. So it’s coded, packaged in other ways.

Such as the framing offered by Del. Kirk Cox (R-Va.), a candidate for governor in the state.

“There’s been so much silencing and shaming because of cancel culture. It’s gone too far,” he said in an ad released on Twitter. “We can’t even have a competition of ideas and for representative democracy to work, you have to have that. The left simply cannot be allowed to ignore other opinions. So I, as governor, will not stand for that.”

“Cancel culture,” as you may be aware, is an umbrella term for incidents in which people, usually public figures, have faced blowback for comments or actions, generally ones seen as culturally inappropriate. It’s a nebulous phrase, so your definition may vary, but it centers on the idea that some people have been “canceled,” exiled from society, for their views. (Those who were around in the 1990s will recognize this as a corollary to “political correctness.”)

Cox obviously sees this as a politically potent position to take, and that we’re mentioning it seems to bolster that idea. But so does a poll from HuffPost released Tuesday. Conducted by YouGov, it found that while only half the country was familiar with the term, the vast majority of Republicans familiar with it see “cancel culture” as a somewhat or very serious problem. Since a similar poll conducted in September, the percentage of Trump voters familiar with the term who say that “cancel culture” is a very serious problem increased by 14 percentage points.

If you’re seeking a Republican nomination, amplifying those concerns seems to be warranted. After all, concern about the issue is more potent among Republicans who are registered to vote (59 percent of whom say “cancel culture” is a very serious problem) than among those who aren’t (most of whom say it’s only a somewhat serious problem).

Important to our broader point is that Republicans say “cancel culture” is something threatening specifically to conservatives.

Eighty-one percent of Republicans familiar with the term who view “cancel culture” as a very serious problem say that conservatives are more likely to be negatively affected by it.

The reason is obvious. “Cancel culture” is a concept predicated on categorizing particular views as verboten, and those views are often ones that overlap with a sense that Whites and men are imperiled. This is by no means always true; some concern about “cancel culture” also derives from social media bans, which are frequently predicated on toxic behavior. But it’s often the case that the concern expressed as part of the backlash to the perceived phenomenon is the same concern that Trump expressed to applause during the first Republican primary debate in August 2015: His obnoxious comments about women were simply a mark that he wouldn’t be beholden to a “politically correct” worldview.

It’s easy to pick out examples of times that public backlash to comments has seemed excessive as a way to cast social ostracization as dangerous and snowballing. Sometimes these examples suffer from McDonald’s-coffee-lawsuit levels of misunderstanding the scale of the incident. Sometimes corporations wary of public-opinion firestorms have reacted more defensively than one would expect. Sometimes the crowd has simply been wrong and the backlash undeserved. Identifying examples of these categories is left as an exercise for the reader not to be derailed into ancillary debates.

But it is important to recognize the broader context for the movement. The emergence of Black Lives Matter in 2014 is in part a function of the ubiquity of smartphones, allowing people to document injustices that often happened in the shadows. That documentation spurred accountability and increased awareness. A newly visible culture of accountability expanded into broader and hazier questions of structural racism and sexism. The questions were always there; now, they have a larger and more receptive audience. So we get a backlash, manifested in concerns about the perceived oppression of Whites or other groups. In some cases, people who had largely avoided criticism were suddenly being criticized on unfamiliar terms.

Concern about “cancel culture” is an explicit manifestation of victimization by those who see themselves as a focus of questions about accountability and power. The message is that the cultural elites, including the media, are trying to silence opposing views. But it’s often a convenient claim, as when Sen. Josh Hawley (R-Mo.) parlayed the cancellation of a book deal into hours of media coverage centered on his plight — and a new book deal.

None of this is simple. That, too, is the point. Conflating all criticism into some Big-Brother-esque effort at silencing half the country is a facile approach to the moment. Which, of course, is why it’s appealing to political actors.

A Glimpse of the Future in Texas: Climate Change Means Trouble for Power Grids