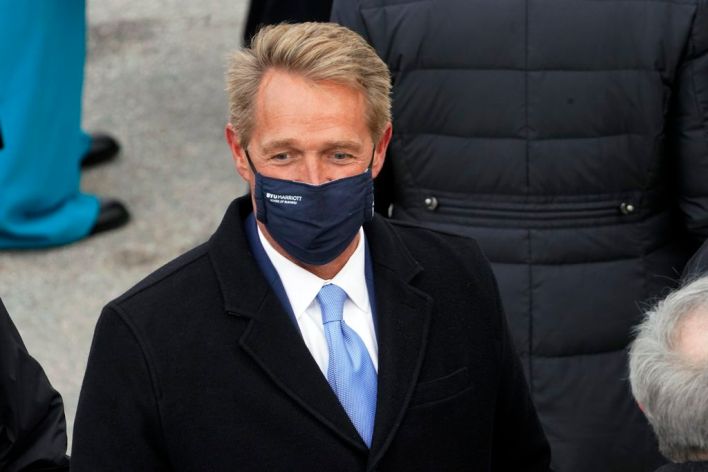 “There’s very few political jobs that bring the dignity of being an ambassador for the United States to a country. It’s a very prestigious position,” Reid said. But he suggested the would-be envoys shouldn’t hold their breath: “I think with the impeachment going on and trying to get the Cabinet filled, I think people should be understanding that things are more important than the ambassadorship right now with the president.”

It is a sweepstakes that comes along every four or eight years — intense jockeying in public and private as the well-heeled and well-connected seek coveted positions that come with lavish housing, a staff of chefs and an expectation that the U.S. envoy will put the digs to use for parties.

With its mix of famous figures and exotic locales, the competition always attracts interest. But it is under more scrutiny than usual this year as Biden stresses his desire to repair international relationships that frayed under Trump, with ambassadors likely to play a key role in that effort.

The only ambassador Biden has named so far is Linda Thomas-Greenfield, to the United Nations, which is a unique post. High-profile names such as Cindy McCain, Jeff Flake and Rahm Emanuel have been mentioned, but it is unclear how seriously the Biden administration is considering them.

Running for such a post can itself take some diplomacy. An aide to one potential ambassador signaled interest in a Western European post — while also delicately suggesting that Germany was not a favorite.

Some prospects are expressing interest quietly, hoping not to ruin their chances by campaigning overtly, while others are letting it be known they are in touch with Biden confidants or drawing on connections with Secretary of State Antony Blinken.

But among those who think — or hope — they are under consideration, concern is growing that there has not been more movement from the White House. Many confess that they have not heard from Biden’s top associates, and their angst is compounded by a sense that the Biden team may turn more to career diplomats — and less on wealthy donors — than previous presidents.

Psaki declined to discuss when that might change, noting that President Barack Obama did not start nominating ambassadors until March of his first year in office. By this point in President Donald Trump’s first term, he had announced two country ambassadors, though neither had been confirmed at that point.

While Biden’s transition team carefully mapped out a host of early actions, including Cabinet nominations and executive orders, ambassadorships were considered a lower priority, according to some of those involved.

But jockeying has picked up behind the scenes. Some hopefuls have called Ricchetti directly. Others have been in touch with Sen. Christopher A. Coons (D-Del.), a top Biden confidant.

Some Biden supporters view the prestigious posts as an opportunity for Biden, who did not nominate any Republicans to his Cabinet, to showcase his oft-repeated intent to pursue bipartisanship.

Flake, the former Republican senator from Arizona, has downplayed reports that he might seek a post in countries such as South Africa or Zimbabwe — where he served as a missionary in the 1980s and learned to speak Afrikaans — but has suggested he is open to a role of some kind.

“I have an interest in making the Biden administration’s foreign policy as bipartisan as possible,” said Flake, a longtime Trump critic, without detailing exactly what role that would be.

Emanuel, the former Chicago mayor and Obama chief of staff, is said to be in consideration as ambassador to Japan or China, as reported by NBC News; he did not respond to repeated inquiries. Julie Smith, who served as Biden’s national security adviser when he was vice president, could be nominated as ambassador to NATO, according to people familiar with the matter.

Meanwhile, considerable donor agitation is being directed at Katie Petrelius, Biden’s campaign finance director who is now at the White House Personnel Office, people familiar with the matter said.

“They are much less interested in taking care of big donors than previous administrations, in part because Trump added to the stigma of putting close friends and political benefactors in sensitive, high-octane foreign postings,” said one person close to the Biden administration, speaking on the condition of anonymity to discuss a sensitive topic.

“This has caused some angst among big Democratic donors, who aren’t feeling pampered in the way they had expected,” this person added.

Most donors and friends of Biden who may be in line for plum ambassadorships are applying pressure only behind the scenes. But Florida donor Michael Adler, for one, has openly campaigned to become ambassador to Israel.

Former U.S. ambassador Dan Shapiro has also been mentioned in reports as a candidate for that posting, as has former deputy secretary of state Thomas R. Nides.

Biden is expected to select roughly a third of his ambassadors from the political world, with the rest coming from career diplomatic ranks. That aligns with most Republican and Democratic presidents going back more than 20 years, though Trump boosted the number of political appointees closer to half.

Biden is expected to place a premium on prior diplomatic or government service in choosing many ambassadors, further reducing the number of posts that could go to donors, according to two people who helped organize campaign events for Biden.

During the Democratic primaries, Biden was criticized by his rivals when he declined to promise he would limit the number of ambassadorships going to big donors. Sen. Elizabeth Warren (D-Mass.), in contrast, repeatedly said she would not award any ambassadorships to wealthy contributors.

“I’m going to appoint the best people possible,” Biden said told reporters in December 2019. “Nobody, in fact, will be appointed by me based on anything they contributed.” But he added that some highly qualified people “may or may not have contributed.”

The most prestigious posts, which usually go to big donors or political friends of the president, include London, Paris, Rome, Dublin, the Vatican and Jerusalem, which is now the ambassadorial seat in Israel.

Other coveted assignments are in Japan, Germany, Belgium, South Africa, Canada, Mexico and China, in some cases because of the appeal of the capital and others because of the strategic importance to the United States. Under Biden, the Vatican and Ireland may be especially desirable, given Biden’s identity as a proud Irish Catholic.

John Morgan, a Florida lawyer who raised money for Biden, said wealthy political benefactors are often powerful people who assume they will be rewarded. “Lots of these people are used to getting their way and getting it fast,” Morgan said.

But he said the new president has enough on his plate, given the multiple crises he is facing, without being besieged by rich people asking for favors.

“He has only been there one month and inherited a nonexistent vaccine rollout and lots of career service people gone, and he has to get his Cabinet confirmed,” Morgan said. “Why someone would even want to do it is beyond me. I guess they want ribbons and the title. Truth is, most of them just go to parties.”

For his part, Morgan said he “made it clear to the president early on I didn’t want anything except for him to be elected.”

Due to the pandemic, Biden did not host traditional fundraisers during his general election campaign. The only benefit for donors was a session on Zoom with the candidate, far from the intimacy of past fundraisers.

Still, some 800 individuals and couples raised at least $100,000 each for Biden’s campaign, and some no doubt hoped that would result in a coveted post-election job.

“It’s always tough,” said Ed Rendell, the former Pennsylvania governor who is close to many in Biden’s orbit. “There has never been this amount of money raised on both sides of the aisle. There’s just no way they could accommodate all the people who want to be ambassadors.”

He described the jockeying as “fairly intense,” saying that each time a name surfaces, others in the competition try to pour cold water on the potential pick.

Rendell has let it be known that he is not interested in an ambassadorship, saying he would prefer a role related to infrastructure that would allow him to travel to Washington just a few days a month. But he has pushed for David Cohen, a longtime Comcast executive and his former chief of staff.

Cohen hosted the first fundraiser of Biden’s campaign, and a person close to him confirmed that he was interested in a post in a country such as Canada or a number of options in Europe.

“He’s very interested,” Rendell said, “in an ambassadorship in a country with significant importance.”

Annie Linskey and John Hudson contributed to this report.