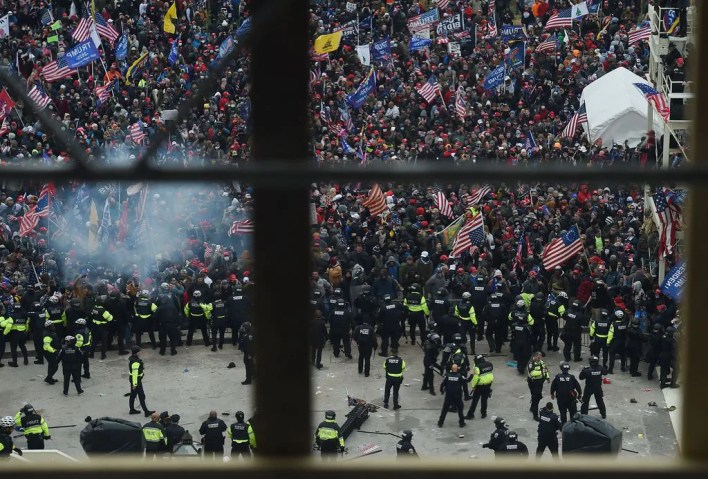 About 650 officers — out of about 1,500 who could have — took part in the vote, according to internal documents obtained by The Post.

In a statement released Saturday, Pittman said “the trauma is still incredibly raw and difficult for the many officers who fought heroically on the 6th.”

“Since being sworn in on January 8th, my executive team and I have made the well-being of our officers our top priority,” she said. “While progress has been made, more work remains. And I am committed to ensuring every officer gets what they need and deserve.”

The Capitol Police did not request significant help from other law enforcement agencies in advance of the Jan. 6 siege, which unfolded as lawmakers attempted to certify the victory of President-elect Joe Biden. Neither did the department have enough of its own officers and fortifications — or a backup plan in place — to keep the rioters out of the building. (Sund has said he sought help from other agencies before Jan. 6 but was rebuffed by sergeants at arms of the House and Senate.)

The union representing Capitol Police officers held separate no confidence votes for all seven leaders. No officers above the rank of sergeant could vote. From Thursday to Friday, 657 out of about 1,530 eligible officers cast votes, according to a person familiar with the process. Of those, nearly all, 611, voted no confidence in the acting chief.

“Let me be clear: The Department should have been more prepared for this attack,” Pittman testified to the House Appropriations Committee on Jan. 26. “By January 4th, the Department knew that the January 6th event would not be like any of the previous protests held in 2020. We knew that militia groups and white supremacists organizations would be attending. We also knew that some of these participants were intending to bring firearms and other weapons to the event. We knew that there was a strong potential for violence and that Congress was the target. The Department prepared in order to meet these challenges, but we did not do enough.”

The police officers’ union chairman, Gus Papathanasiou, previously said it was “unconscionable” that the leadership had advance knowledge of the threat and didn’t adequately prepare.

“The entire executive team failed us, and they must be held accountable,” he said, according to NPR. “Their inaction cost lives.”

Chris Harrison to Step Away From ‘The Bachelor’ After ‘Harmful’ Comments