Beating back the virus, again and again

Compared with the U.S. and Europe, much of East Asia still has the coronavirus relatively in check. But as cases have soared back to alarming levels in recent weeks, South Korea, Japan and Hong Kong have had to quickly recalibrate their strategies.

Pandemic fatigue hasn’t helped. Medical personnel are exhausted, young people are bored and business owners are frustrated because they have to scale back or close early. The setbacks underscore the challenges that the world will continue to face until there is a widely available vaccine.

The outbreaks: Japan and South Korea are experiencing some of their highest single-day tallies since the pandemic began, driven largely by clusters in the Tokyo and Seoul metropolitan areas. Although still below its peak for the year, Hong Kong is facing a surge on par with its summer wave, driven in large part by what experts call untraceable “silent” transmissions.

Covert attacks in Iran are nothing new, but 2020 has had a devastating series of them, culminating with the killing of the country’s top nuclear scientist. Now Iranians are debating how to respond at a delicate moment.

Hard-liners are demanding swift retaliation for the murder of Mohsen Fakhrizadeh, but Tehran is also weighing how to make a fresh start with the less hostile administration of President-elect Joe Biden. Intelligence officials say there is little doubt that Israel was behind the killing.

The attack: Trailed by a carload of bodyguards, Mr. Fakhrizadeh was driving on Friday to the home of his in-laws in the city of Absard, near Tehran. An empty Nissan parked at a roundabout exploded; gunmen leapt from a parked vehicle, joined by others on motorcycles and snipers. The scientist, hit by at least three bullets, tumbled from his car and fell bleeding on the ground. He was pronounced dead by the time a rescue helicopter was able to transport him to a Tehran hospital. All 12 assassins escaped unharmed.

Analysis: The assassination threatens to cripple Mr. Biden’s effort to revive the Iran nuclear deal before he can even begin his diplomacy with Tehran. And that may well have been a main goal of the operation, our national security correspondent writes.

For years, China has brushed aside neighbors’ claims of sovereignty to cement its position in territorial disputes by unilaterally changing the facts on the ground, which are difficult to reverse.

So it is with its new village, high in the Himalayas, where the Chinese region of Tibet meets the kingdom of Bhutan. The village, Pangda, is more than a mile inside what Bhutan considers its territory.

Satellite photos: The exact location of Pangda emerged in a series of satellite images published recently by Maxar Technologies, a company based in Colorado. They showed that construction began late last year and was completed, it seems, not long before Oct. 1, China’s National Day.

Other examples: China used the same tactics in the South China Sea, where it fortified and armed shoals claimed by Vietnam and the Philippines, despite promising the U.S. not to do so.

If you have 14 minutes, this is worth it

The failure to save an Italian province

Last spring, Bergamo became one of the deadliest killing fields for the virus in the Western world, marked by inconceivable suffering and ambulance sirens. Emergency medical workers peeled parents away from children, husbands from wives, grandparents from their families.

A Times investigation found that faulty guidance and bureaucratic delays in shutting down the northern Italian region rendered the toll far worse than it had to be.

Here’s what else is happening

Ethiopia civil war: The government claimed victory in its conflict with the region of Tigray on Saturday, after a daylong series of artillery strikes against the regional capital, Mekelle. With communications shut off, there was no way to independently confirm the claim.

Coming U.S. cabinet: President-elect Joe Biden is set to appoint the rest of his administration’s top officials in the days and weeks ahead, a complicated task requiring him to navigate tricky currents of ideology, gender and racial identity, among other criteria. Here’s a look at some of the contenders.

Tony Hsieh: The technology entrepreneur and venture capitalist, who died at 46 on Friday of injuries from a house fire, ran Zappos, a giant online company that sells shoes and clothing. He also tried to revitalize a corner of Las Vegas.

Snapshot: Above, the Ugandan musician turned politician Bobi Wine addressing a rally last week. Mr. Wine is one of several high-profile opposition leaders in East Africa who have recently been jailed, exiled or silenced as they challenge leaders and political parties.

Cook: Savory tourtière, the French-Canadian meat pie, calls for ground pork and warm spices with chunks of braised pork shoulder and shreds of chicken or turkey — but the possible combinations are endless.

Read: “Tokyo Ueno Station,” a novel by Yu Miri whose main character is the ghost of a homeless construction worker, won the National Book Award for translated literature.

Do: Air pollutants could be within your own walls, seeping from your furnace or even that new couch. Here are some of the most common indoor air concerns — and how to deal with them.

We’re happy to share more ideas from our At Home collection on what to read, cook, watch, and do while staying safe at home.

And now for the Back Story on …

Reporting on “The Crown”

Since the fourth season of Netflix’s dramatic reconstruction of the life and times of Queen Elizabeth II dropped on Nov. 15, more than three million readers have devoured articles in The Times about “The Crown,” including one centered on whether any of the royal family watch. Eleanor Stanford, a senior editor on the Culture desk who is based in London, weighed in on why the royals captivate viewers. Here’s a short form.

Millions of people have read the dozen stories you’ve published about the show over the past few weeks. Did you anticipate that much interest?

Eleanor: “The Crown” has become a television juggernaut in the style of “Game of Thrones,” albeit on a smaller scale. And we’re all desperate for counterprogramming about anything not related to the election or the pandemic. This is also a really juicy season and, since it covers the 1980s, most of the people involved are still alive. It’s this escapist show that’s also true — you can Google things afterward to see what actually happened.

The show isn’t a documentary, of course, but is it generally a good guide to British history?

It does give viewers quite a good grounding in elements of 20th-century British history, like the I.R.A. and the Falklands War. I’ve talked to a lot of people in England who’ve watched it and then been like, “Oh, shoot, I should’ve known that.”

What are some of the more offbeat stories you tackled?

We talked to Gillian Anderson for a piece that included all of the people who have played Margaret Thatcher. And people kept mentioning the music in the season, so we have a piece on its ’80s pop music. And we have a story about how African women of Diana’s generation and older have this strong emotional bond with her, and what it has been like for them to watch this season.

That’s it for this briefing. See you next time.

Thank you
To Theodore Kim and Jahaan Singh for the break from the news. You can reach the team at briefing@nytimes.com.

P.S.
• There was no new episode of The Daily over the U.S. Thanksgiving holiday. Perhaps you would like to catch up on past episodes of our family of podcasts?
• Here’s our Mini Crossword, and a clue: Drink in large gulps (four letters). You can find all our puzzles here.
• Jeanna Smialek, who covers the Federal Reserve and the economy, discussed her reporting role and part-time M.B.A. studies with the N.Y.U. Stern School of Business’s student newspaper.

Should Isolation Periods Be Shorter for People With Covid-19?

US may see ‘surge upon surge’ of virus in weeks ahead 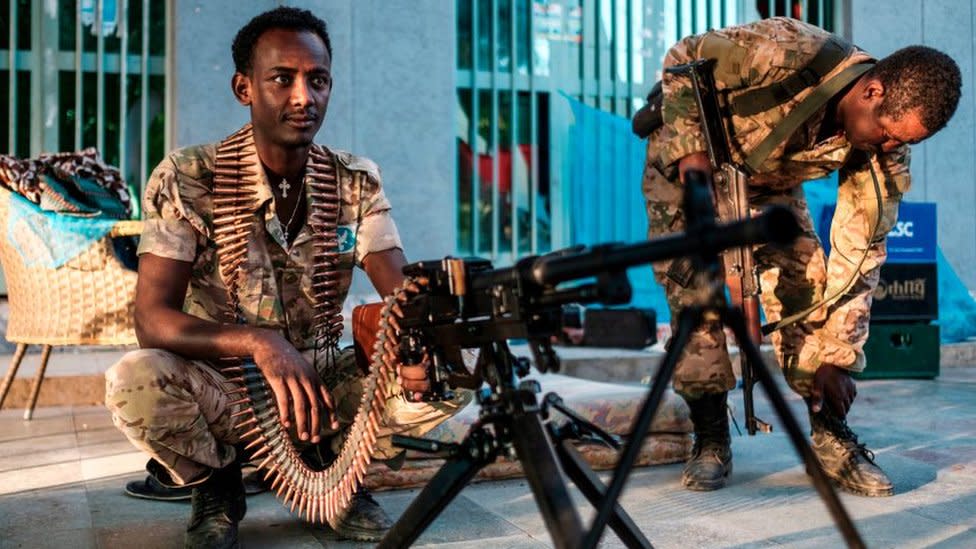 A video in a hospital courtyard captures an 81-year-old Italian’s serenade to his dying wife.

Should Isolation Periods Be Shorter for People With Covid-19?

US may see ‘surge upon surge’ of virus in weeks ahead

A video in a hospital courtyard captures an 81-year-old Italian’s serenade to his dying wife.

The Trailer: The election's over, but the challenges aren't quite 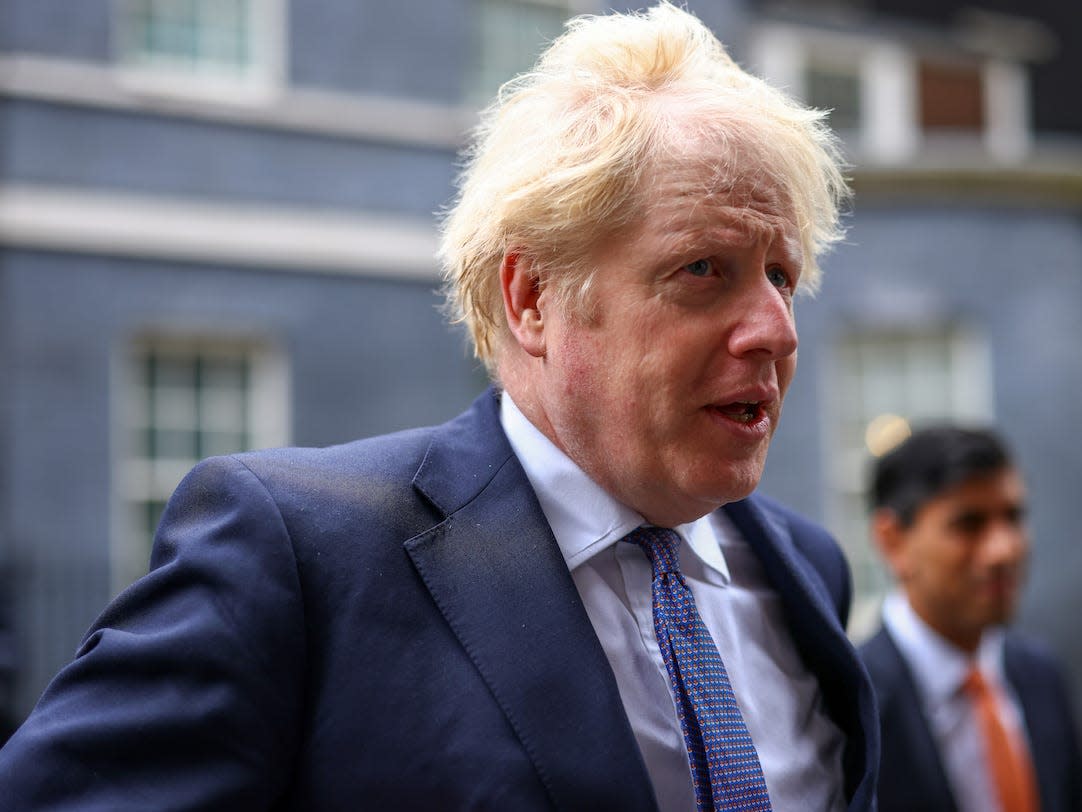 The U.K. Only Hurts Itself by Slashing Aid Budget

Daily Covid-19 deaths in the U.S. rise back toward the record level…

Brazen Killings Expose Iran’s Vulnerabilities as It Struggles to Respond